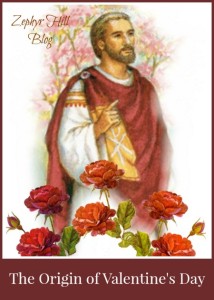 You probably already know that Valentine's Day is named for a real person - an early Catholic martyr of Rome. Who is the True Valentine? But you might be surprised to learn that there were actually three different Valentines mentioned in early Christian martyrologies. Saint Valentine of Rome was a priest and Saint Valentine of Terni a bishop; both were put to death for their faith during the Roman persecutions of the 3rd century and both are buried on the famous Via Flamenia, an ancient END_OF_DOCUMENT_TOKEN_TO_BE_REPLACED